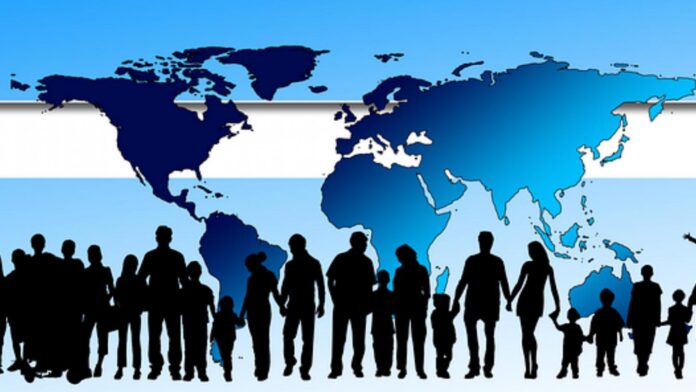 Which World are We Heading to?

It will pose a negative presentation if some snapshots of our social trend, behavioural pattern and religious viewpoints are brought into light with all its flow and punctuation. There have been a time when people struggled hard to attain a standard position, including financial freedom, freedom of thought, freedom of speech, freedom of religious dogma and beliefs. It has taken a long time, hardships and sweats to achieve some or many of above freedoms. People of the earth have found many unattainable as attained, though at some points, attainment has not fully been logical and honorable; usurpation has taken place in some cases, notwithstanding the fact that civilization was officially acclaimed in many parts of the globe.

When the need of freedom was severe, need of struggle was one of the most prominent steps with various revolutions including industrial revolution etc. Once in the 17th Century we heard English poet Tennyson’s urge to struggle: “.. to strive, to seek to find and not to yield”.. The upward or forward trend goes on through another line of resemblance have been visible :’ Man can be destroyed, but not defeated’ and the 20th century Modern Civilization claims to be sophisticated one with all round achievements, be it science, technology, education, transportation and communication and where not?

When the success in acquiring external gains and establishment has reached its apex in many parts of the world, the degeneration in the internal values and thoughts, attitude and behaviour seemed to experience deterioration in those civilized parts of the world, with very few exceptions. The reflection of the ‘Waste Land’ of TS Eliot, the Way of the World of W. Congreve, the kids’ inward degradation in ‘ Lord of the Flies’ of William Golding are a few instances of the societies of those grown up or civilized parts of the lovable planet! We need to remember, however, that some countries of still struggling trend have been in war for achieving national sovereignty, political liberation, economic self-independence and religious or sectarian freedom. There lies the difference : the ruling and the ruled.

Now, the smaller viewpoint to spotlight a society of the brighter part of the globe and their inhabitants who claim to be the most civilized- a sense of pride of learning, pride of riches etc. have been turning in to hollow sapiens! The external look has becoming enchanting while internal improvement has been a rare light!

It has been very pathetic to experience the morbid scenery of the society of Homo Sapiens. The sophisticated man outside is a dark man inside, a decoration outward becoming synonymous to degeneration inside. The vocabulary like ethics, values, morality, respect for others, welfare or thinking for others, selflessness have been in vogue to some of the so called elite or civilized people of the world, irrespective of national identity, religious beliefs or racial dogmas. It might be more frustrating when even a child of those hollow animals seem to undermine the aged fellow neighbours if seemed financially weaker!

Now in villages of societies or even countries, too, authority to decide, power to dictate etc. goes more to moneyed people than to age-old or experienced persons. Worse that riches and financial capacity become more accepted measure stick for taking decision and running any organization than education, experience and seniority. Even road maps for some religious programs in some societies are seen planned out even by those who are least aware of theology or religious facts! The audacity goes down to even negating other’s opinion or well being! Those are not even thinking of the possible losses in implementing their orthodox decisions!

It will not be surprising to see that a social stand of a society Islamic culture, for example, might be headed by those who don’t even practise compulsory activities of Islam! Hence, quarrel for selecting religious Leader or Imam is more seen among those who even don’t know the level of respect of an Imam! For example, while an Imam (of course, eligible one) is empowered by religion to negate any wrong doing follower or their inappropriate decision, those so called Motowalli or social heads are fixing the activity or even selection of Imam! This poses a picture of a probable fall of a religious society, a tradition and above all, set up of religious institutions.

If a major portion of the inhabitants of the world run after the establishment of such a social or religious anarchy, establishment of riches over learning or experience, a prioritization of money and power than values and ethics, a question comes:
Which world are we heading to?